Kontinentalist is a data-driven editorial studio intent on bringing Asia to the forefront of global conversations.

We tell stories on Asia's key topics by visualising data, bridging the gap between research and the public.

Humans are visual creatures with a soft spot for stories—but this makes complex data hard to digest at times. We use data storytelling to engage and capture readers, helping organisations and individuals reach out more effectively through powerful narratives, maps, and visualisations.

The internet is full of #fakenews, and we need trusted sources now more than ever. Kontinentalist’s fact-checked, context-rich approach cuts through the noise around key topics in Asia. Our services include topic research, data communications, content writing, and editing.

If you’re investing tons of time and money into data collection and research with little reach outside your industry—you’re not alone. We help organisations with valuable data figure out how to turn it into insights for a wider audience, helping them drive the change they wish to see. Singapore where got ghost? | Collaboration with Supernatural Confessions

Believe it or not, ghosts are often a cultural representation of society. We teamed up with Supernatural Confessions to detail about the paranormal happenings across the island of Singapore, and also describe the type of ghosts that linger around us. We’re just that into mie: Asia’s obsession with instant noodles

What explains instant noodles’ enduring appeal in Asia? Feast your eyes as we bring you on a data-crunching journey filled with delicious visualisations that is guaranteed to satisfy. 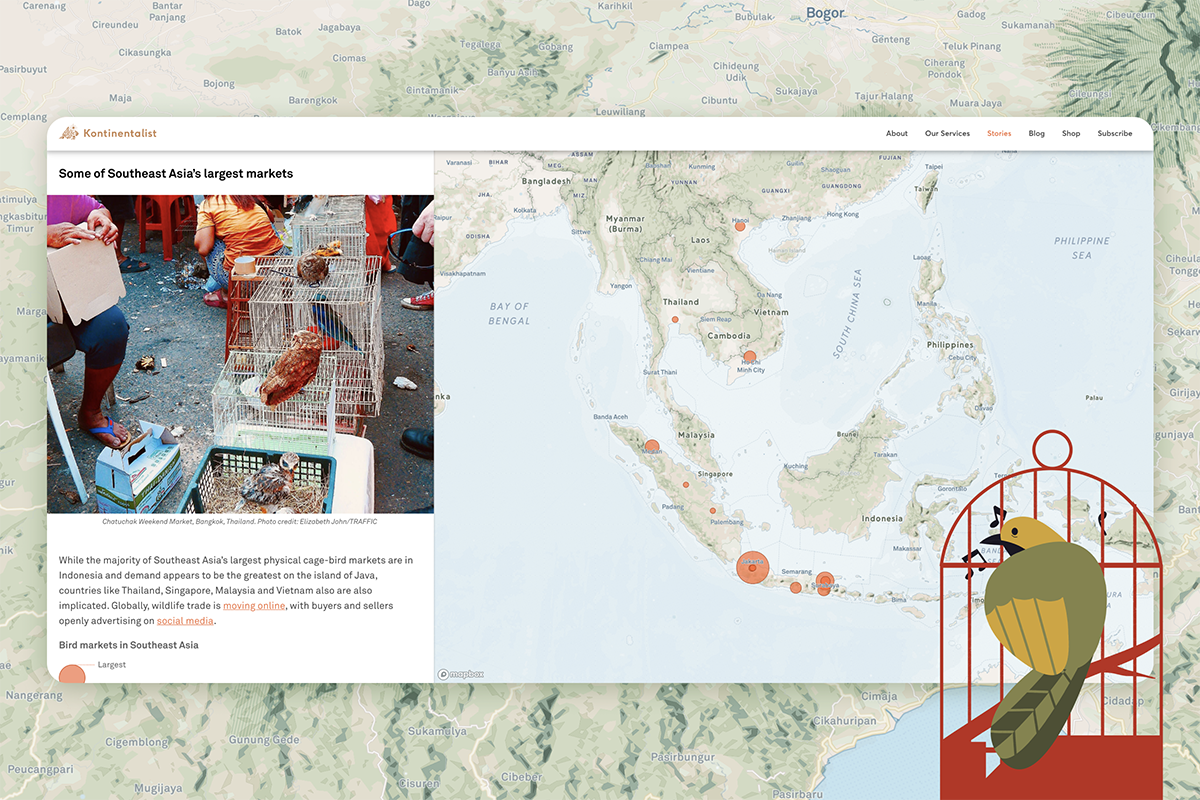 For centuries, societies in Asia have kept songbirds in their homes as pets, and for cultural reasons. But the trade has grown so significantly that it now threatens wildlife populations. We worked with wildlife specialists TRAFFIC and Monitor to follow the tale of the Straw-headed Bulbul and how it’s poached from the forests and transported to its final destination. 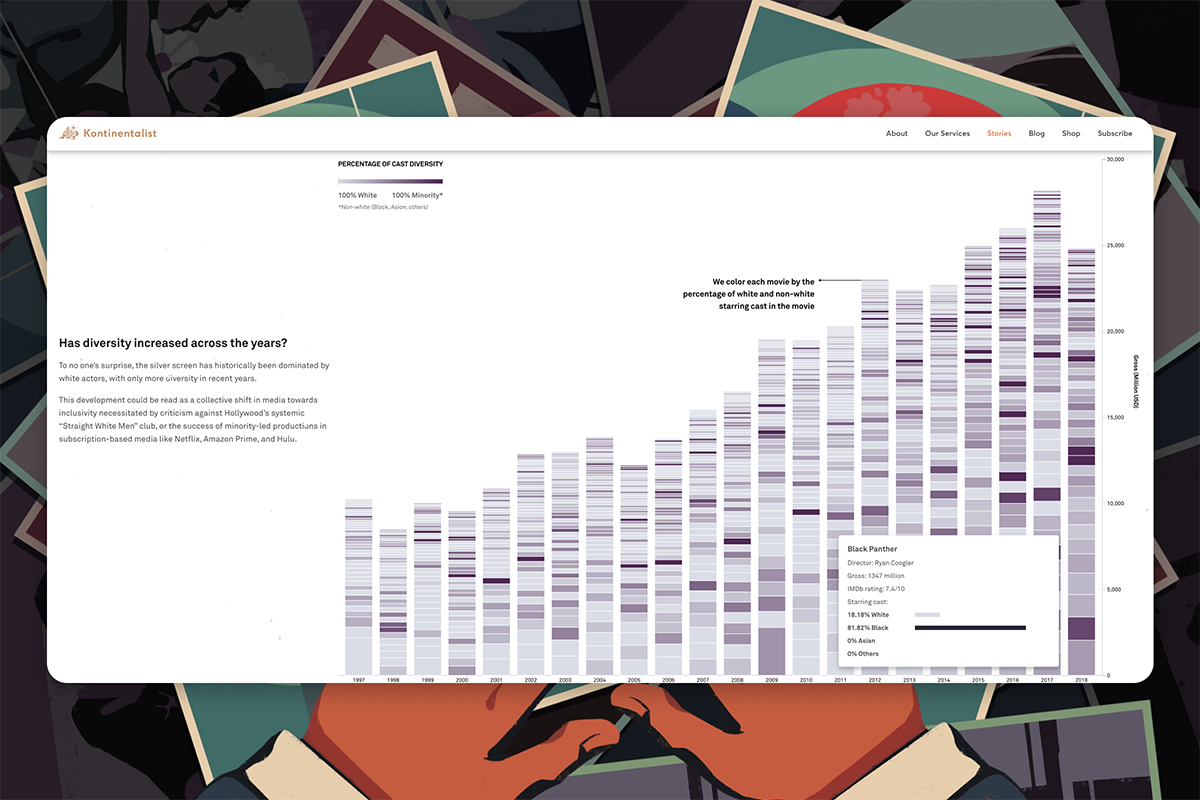 Asian representation in movies: have things changed since 1997?

In recent years, movies such as Black Panther and Crazy Rich Asians have started major conversations globally about Asia’s representation in cinema. We sought to investigate the assertions made about minority representation, and quantify them in numerical and indisputable terms. 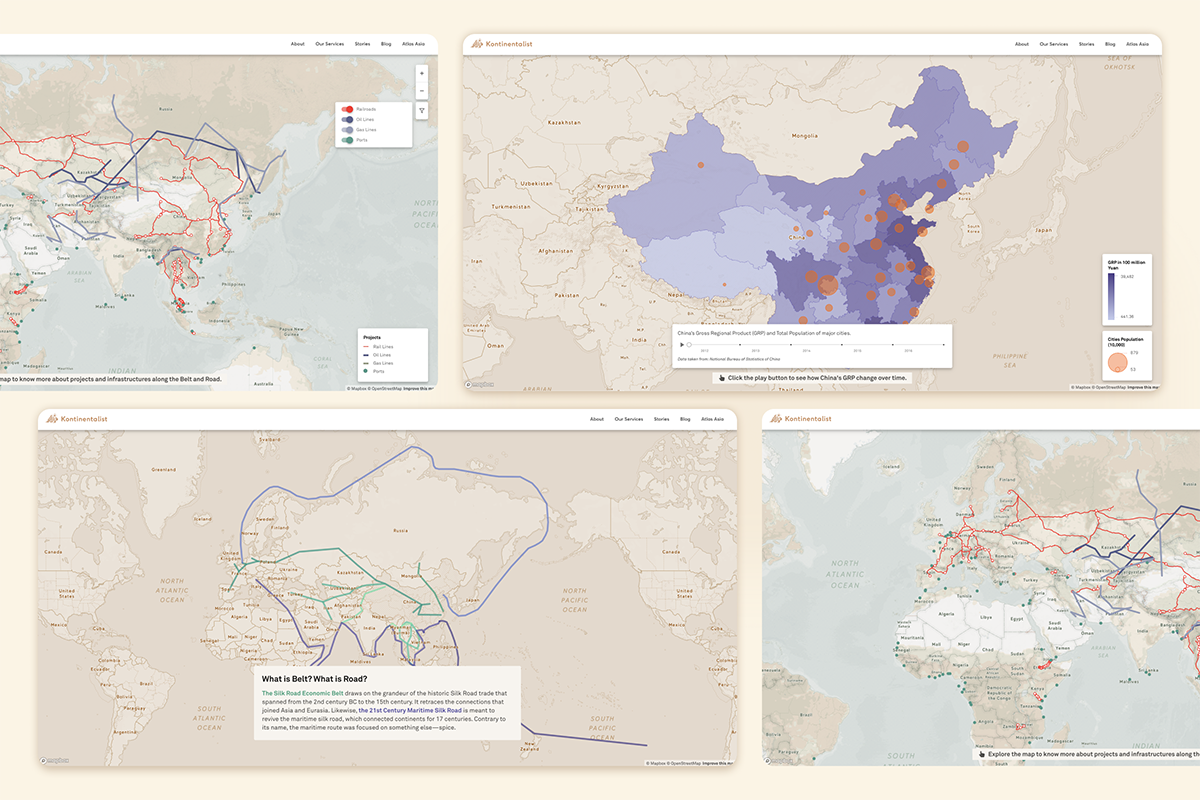 Understanding the Belt and Road

The Belt and Road Initiative is likely to affect millions of people, if it has not already done so. Despite it being likely the largest project of the century, there’s very little public knowledge about it. We sought to condense this complicated issue into digestible components and provide a basic but essential understanding of the Belt and Road.