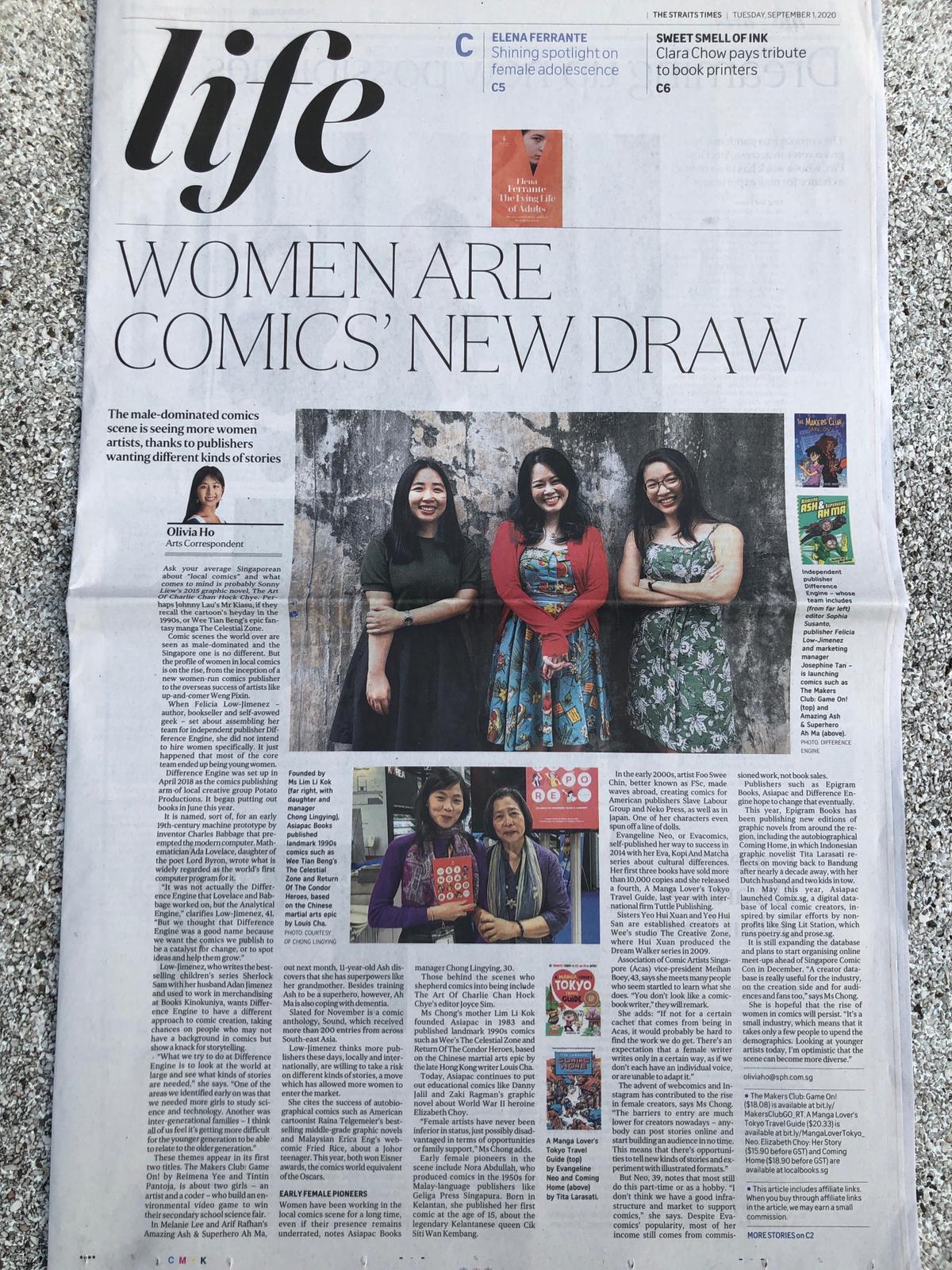 Saw some familiar faces from the Potato family in the news today? Difference Engine was featured in The Straits Times!

While comic scenes are often male-dominated, in Women are Comics’ New Draw, Olivia Ho covers women in local comics whose profiles are on the rise, from our very own Difference Engine to Asiapac Books, Foo Swee Chin, Evacomics, and many others.

“What we try to do at Difference Engine is to look a the world at large and see what kinds of stories are needed,” [Felicia Low-Jimenez] says. “One of the areas we identified early on was that we needed more girls to study science and technology. Another was inter-generational families – I think all of us feel it’s getting more difficult for the younger generation to be able to relate to the older generation.”

Find out more about Difference Engine and their comics on their website. 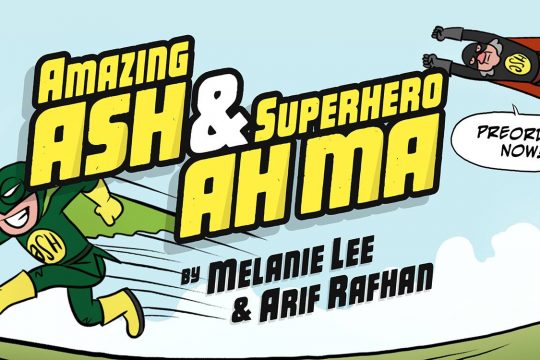 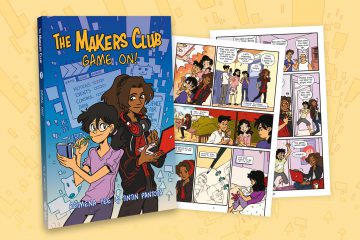 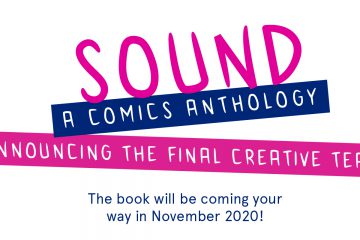