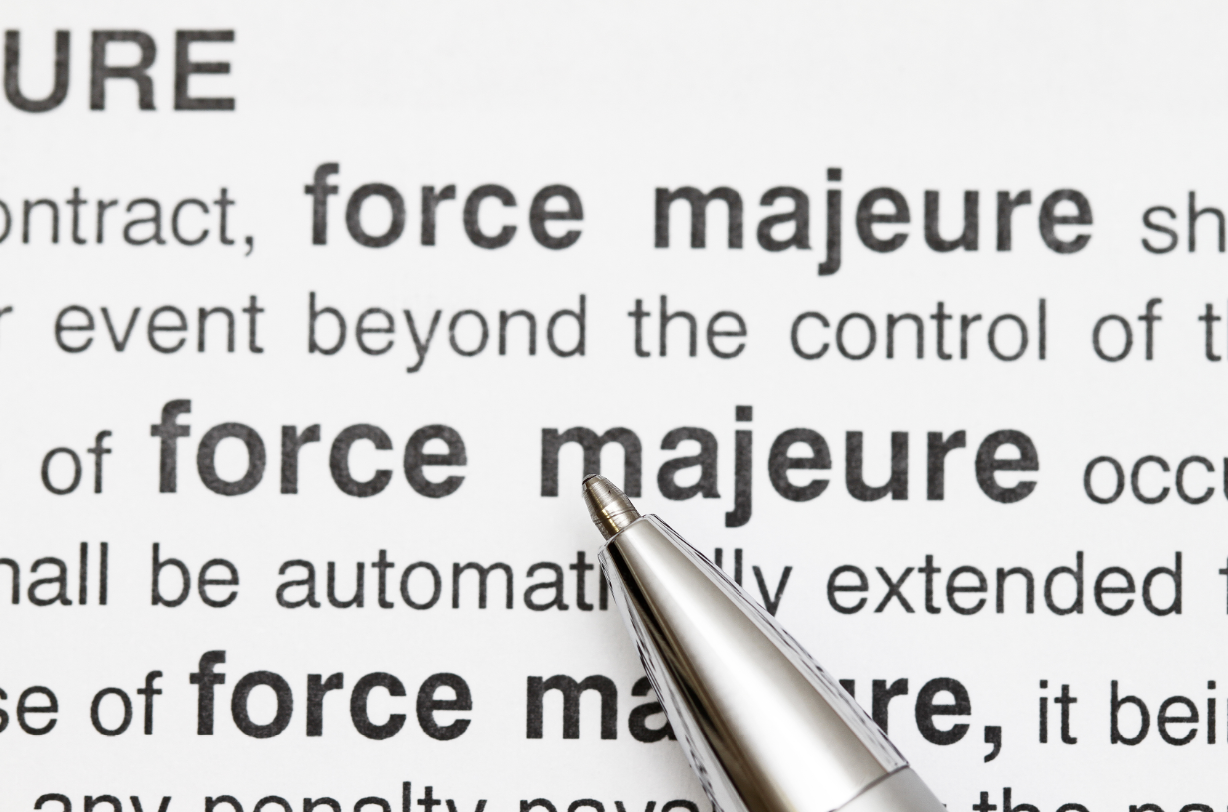 If you were asked to name the most important words in the tech sector, what would you choose?

Today, with the world going through a pandemic, the two words that matter the most are force majeure.

To lawyers, force majeure is a must-know: it is the gold standard escape clause that opens the door for one side of the contracting parties to get out of the contract. Just about every contract would include a force majeure clause at the tail end, tech contracts included.

Simply put, force majeure, a French term derived from the Latin phase, vis major, is used to describe “events (or forces) beyond one’s control.” When events are beyond the control of the contracting parties, the clause states, it is time to either renegotiate or give up the contract.

It is, however, not so easy to pin down what might constitute force majeure in a contract. To start with, “events beyond control” means exactly that – war, riot, natural disasters and, yes, pandemic. A market crash that robs one party of the ability to pay the other party is not force majeure, unless, say, the crash was due to an invasion of the market’s host country.

In contract law, especially laws of Anglo-Saxon origin (UK, US, etc.), contracting parties are given a large degree of freedom to name their terms, as long as no coercion is involved. If I am willing to pay a million dollars for a stem of tulip, it is my choice and the law will enforce the contract even if I suddenly realize I don’t like the tulip anymore. The same goes for Facebook offering $19bn to buy WhatsApp, which in 2014 was a company that wasn’t making money. The fact that Mark Zuckerberg had seen WhatsApp as a potential Facebook killer was immaterial – once an offer was made, and accepted, with the price (consideration) agreed upon, a contract existed and would be enforced should either side decide to back out (neither did).

Covid-19, which has upended the global economy and rendered many business assumptions invalid, certainly qualifies as a force majeure – in some cases. Which cases, how the contract would be renegotiated (even when force majeure occurs and contracts are said to be “frustrated,” they are hardly ever canceled outright), and how the risks and obligations are reassigned, will be in the hands of the judges.

This is bad news for the tech sector, used to the “move fast, break things, iterate” mode. The law tends to move much, much more slowly, often gathering precedents to decide a new case, in the Anglo-American tradition of common law. This is not a bad thing, in general, and has served society for centuries.

The problem today is that there are (or will be) numerous cases that require fast decisions.  And things will be changing even during deliberations, which could further delay decisions. It’s going to be a long haul ahead, and only those with the resources to carry on lengthy legal battles will survive.