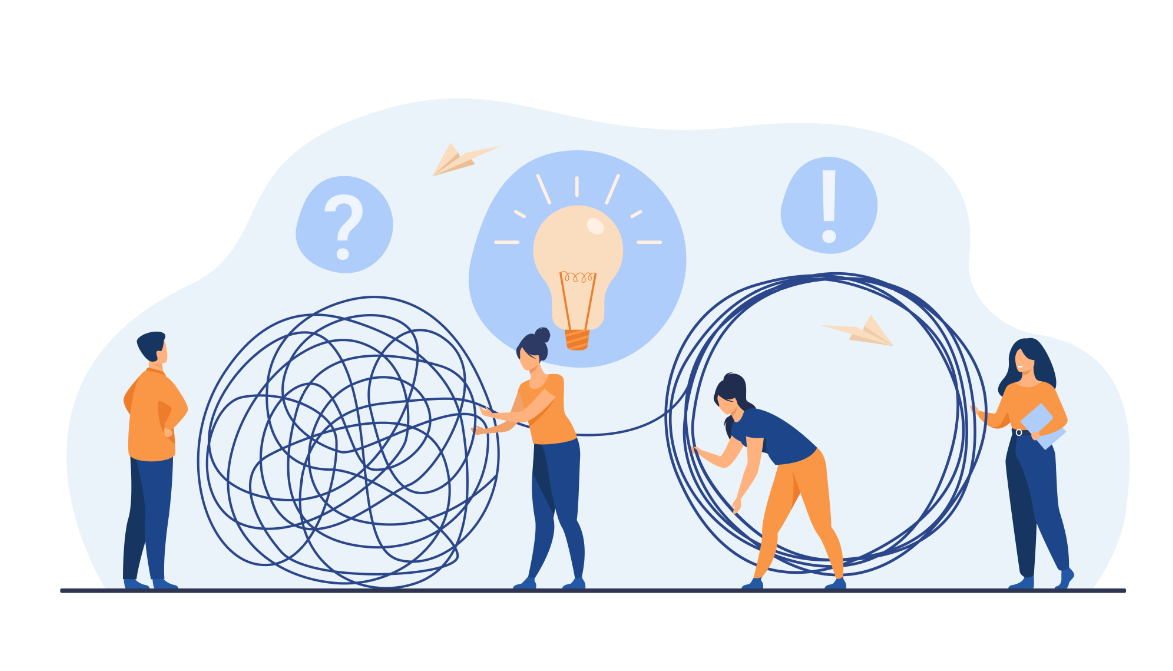 Once, there was an organisation that donated bicycles to underprivileged children in less developed countries.

A boy received the bicycle and he was so grateful for it! He can now ride the bike to fetch water and travel to school without getting blisters on his legs from long hours of walking.

That was supposed to be the happy ending to their social initiatives. But instead of this pretty picture they expected, the result turned out drastically different.

Before the boy even did anything with the bicycle, he sold it the very next day.

This is one of the stories our boss, Hans, likes to share with us. When you hear it, you might be puzzled at the boy’s action. You can imagine that the people who donated the bicycles would probably feel hurt and offended. You may even say the boy was ungrateful.

On the surface, it seems as though there’s nothing wrong with donating bicycles. Surely it will make it easier for them to travel around. And come on, it’s a free gift. Everyone loves free gifts… right?

But the matter of fact is – if he kept the bicycle, he would have been dead.

Giving someone a valuable gift in a less developed area where crimes are rampant meant that the boy could easily be killed by robbers who are out to steal the bike. The boy was clever enough to sell it for cash, something he can hide easily.

‘The road to hell is paved with many good intentions’

Companies, and even NGOs, often underestimate the amount of effort that goes into implementing social initiatives. They roll out initiatives based on their own assumptions, without conducting a thorough research to understand the situation of the beneficiaries. What kind of environment are they living in? What kind of problems do they really face? Can the proposed solutions really tackle their problems or would they just create more troubles? While most of the initiatives are well-intentioned, they could easily backfire and do more harm than good.

For example, in Singapore, donations drives often see donors who donate appliances that are damaged or food that is expired. Such thoughtless giving is an issue that has been recently highlighted when the house of a man, who had dementia,  was discovered to be filled with expired food and as many as 50 bottles of soya sauce given by donors.

How do some social initiatives create adverse consequences?

1. Pulling focus away from solutions that really matter

When organisations try to tackle problems without understanding the stigma and underlying perception around it, they are directing attention away from solutions that might actually work.

In Melinda Gates’ book, The Moment of Lift, she writes about how families in poverty are having more children than they can afford to raise. International organisations increased the provision of condoms to these areas but this solution is hardly used. When a woman asks a man to wear a condom, she would be beaten up – “it’s like accusing him of being unfaithful and getting HIV”.

The better solution would have been to educate the families about family planning, and providing contraceptives to women. Yet this topic has been under the radar as most attention is focused on other solutions that do not work.

If organisations provide services that are similar to existing government services, they can crowd out public programs and resources. Seeing an oversupply of resources, local governments might stop or reduce funding to public programs. In the unfortunate event where organisations implement underdeveloped programs, villagers are only left with weakened government support to public services, leaving them worse off.

A research done by a group at Northwestern University studied the effects an NGO has between villages with and without government health workers. Of course, in the latter, the overall health of the villagers improved. Whereas in the former, villagers received even lesser health care than before and infant mortality increased. Although the wages of villagers increased, the NGO hired away people who used to be public health workers, channeling away manpower from where they are most needed.

How can we make sure social initiatives achieve their desired outcome?

1. Conducting a thorough research on the issue

Organisations can speak to community leaders or any of the families to understand more about their pain points. You can even take a trip to visit the communities to get a first hand look at the problems they face on the ground.

Let’s take a look at how Patatas, a company that uses technology to drive digital education opportunities in disadvantaged communities, implement social solutions.

Having visited the Tiwala community in Philippines, The Patatas managed to understand several problems that the staff encountered. The first being transportation – teachers commuted between locations with items such as mobile routers, projectors, a laptop and up to 20 tablets being carried in a single backpack. They had to squeeze into tightly packed jeepneys to reach their locations. The classrooms they visited were also extremely susceptible to natural disasters.

With this information, The Patatas developed Case Study – a cost effective digital solution that is meant to operate in unfavourable conditions and yet retain its portability and customizability to the needs of the users on the ground. Housed in a single waterproof and shockproof unit, users are able to easily transport and set up quickly in different locations without facing complicated logistical issues. Each ‘CaseStudy’ when deployed is meant to operate as a classroom, complementing the teacher with audio/visual and information support.

2. Collaborating with the communities and treating them with dignity

Some of the communities might see us as outsiders, poking our noses into their matters. Who gives us the right to do so?

Such reactions are inevitable. To reduce such resistance, organisations should be empathetic. They should not go in with a ‘I know best’ attitude. Create a collaborative relationship where the communities can also take ownership of these social solutions. When they feel like they are involved in the process and their opinions matter, they are more likely to be receptive to changes.

For example, Tostan is an African based organisation that empowers communities. They work with grassroots communities, social organisations and international institutions to create and strengthen the support networks in communities. They frequently host focus groups for families to share their stories, while educating them with other knowledge. Such two-way exchange of information makes it easier for communities to accept and trust external help, especially when they are treated with respect.

Review and refine. Social initiatives should not become a done deal after they are implemented. To ensure that the change is lasting, organisations should continue to monitor the progress and frequently gather feedback from the communities. What is not working and why? What needs to be improved?

Having a well-developed social initiative

Targeting the right problems and coming up with the right solutions take a great deal of effort. The idea of wanting to ‘do good’ is more than just throwing resources. The thought process needs to be filled with empathy – of wanting to understand the lives of these people, communicating your ideas to them and getting constant feedback from their point of view. Social initiatives that are well-rounded and robust is the way to initiate real change.